WOW. Hundreds turned out on Monday in the pouring rain to fight for our City and call out the unelected Commissioners who are fundamentally changing our city. 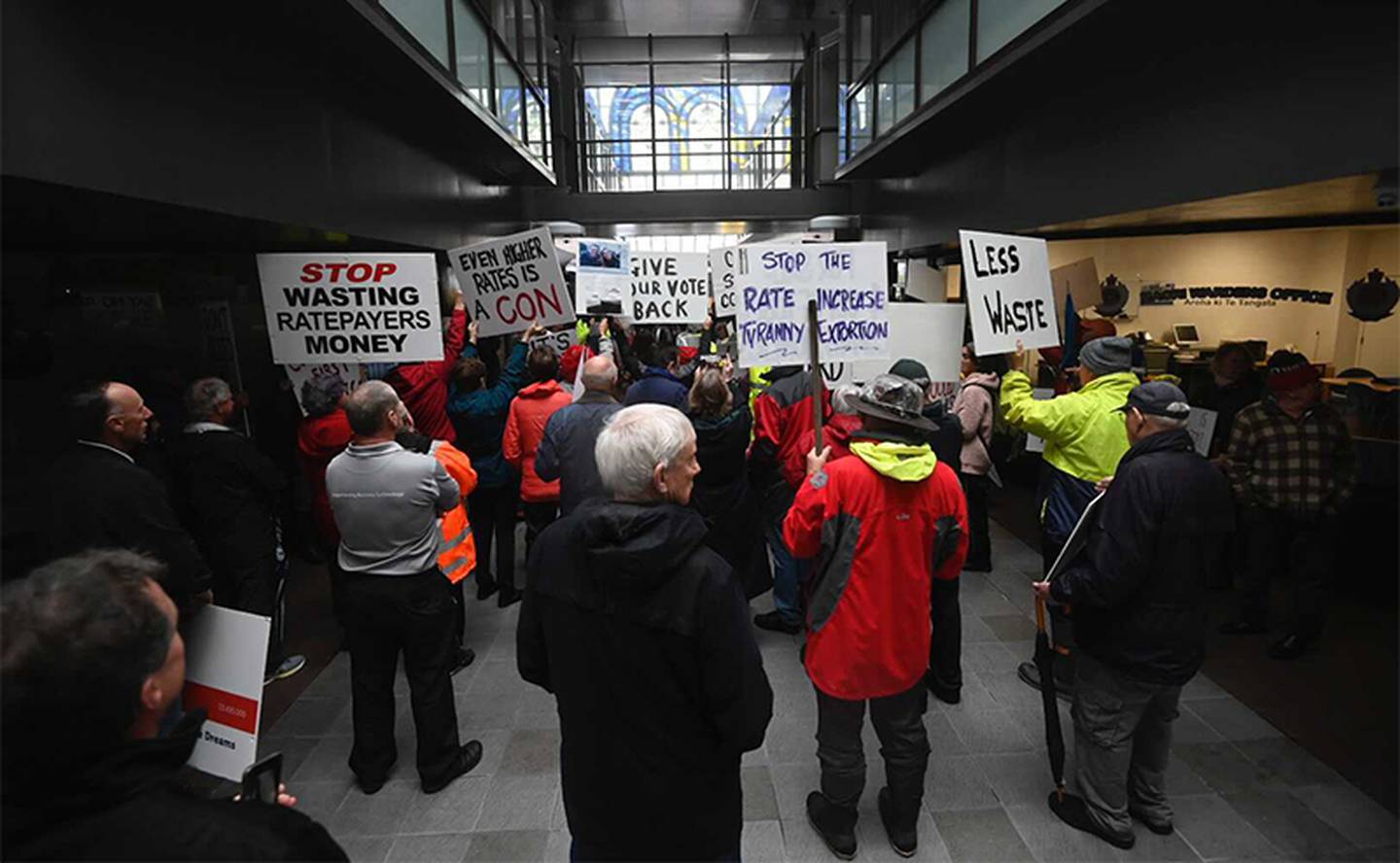 But democracy ended at the door of the Council chambers. Despite huge opposition to the massive rate hikes, and demands for less waste and more transparency, the unelected Commissioners still went ahead and approved Anne Tolley's radical Long-term Plan.

The Elite in the Tower and the People in the Square

The irony was not lost in the fact that the chanting of hundreds of local ratepayers outside could be heard while Jordan Williams and Kim Williams delivered our message to the unelected Commissioners. 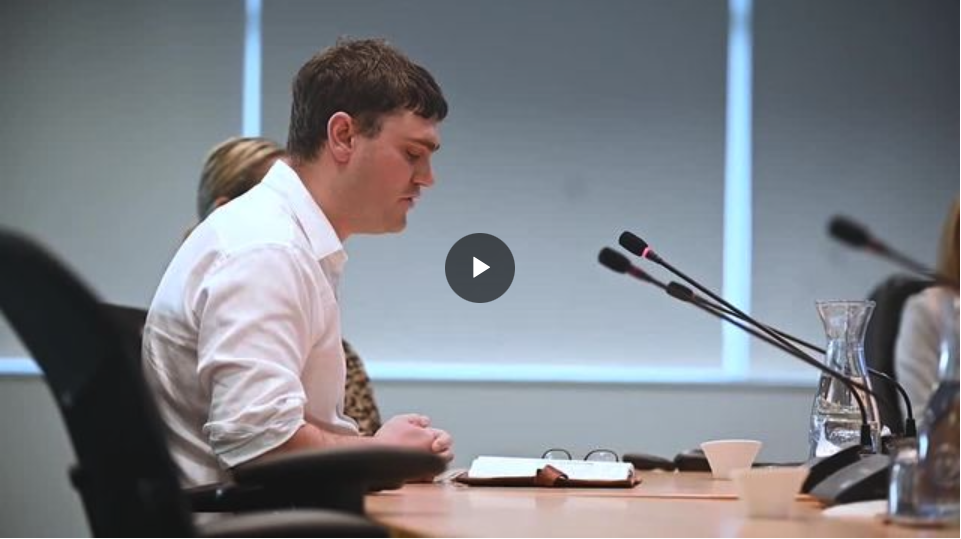 Click here to listen to the message delivered to Commissioners.

The media coverage speaks for itself 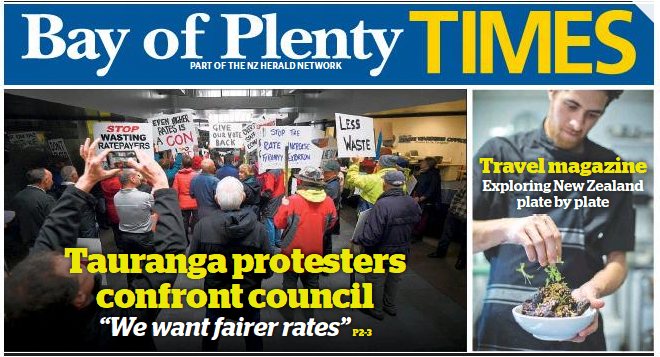 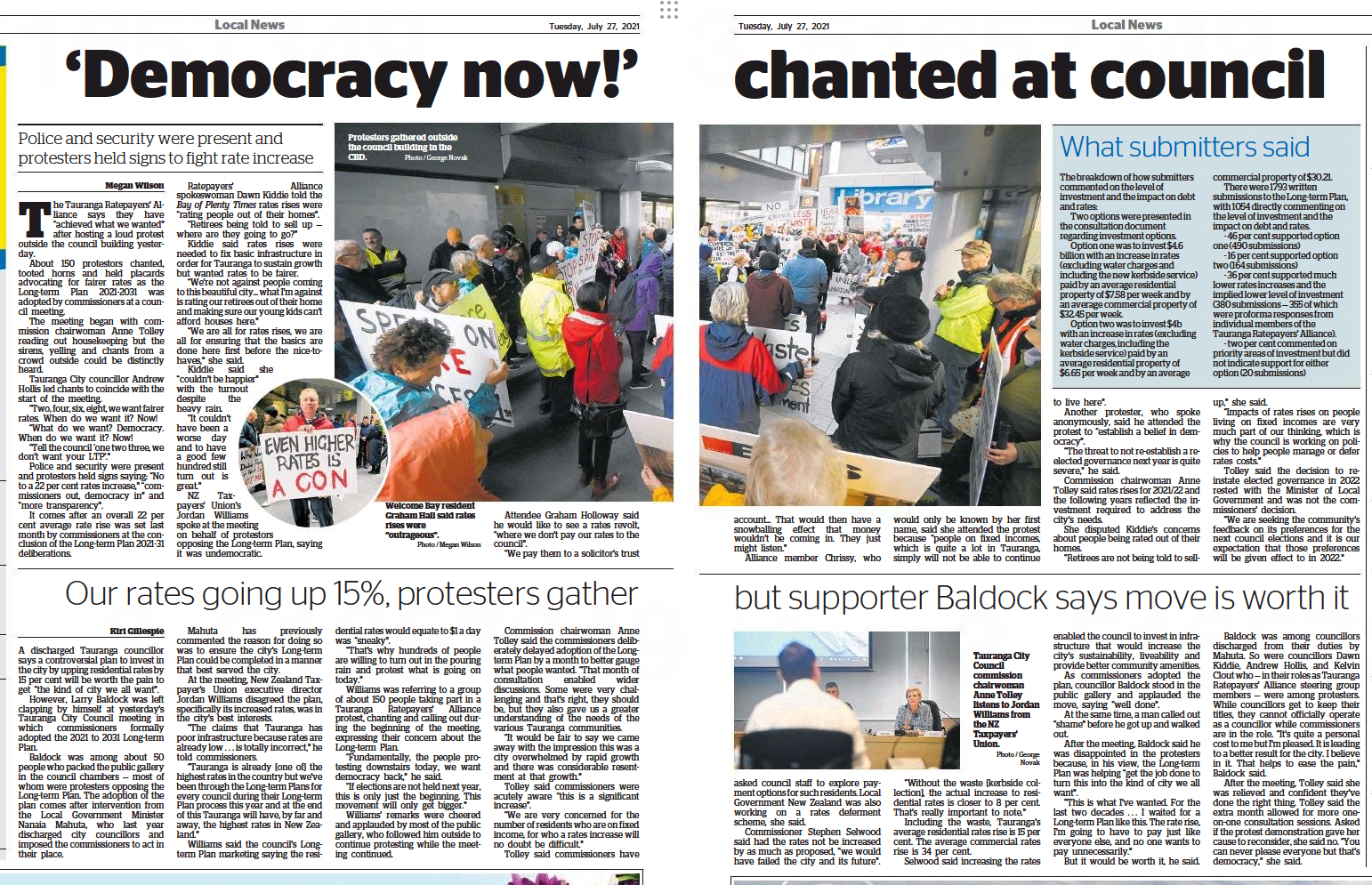 Meanwhile the Council's sockpuppets are in spin mode

The crowds that joined us yesterday are quite the contrast to groups like the Chamber of Commerce who are calling for the Commissioner's terms to be extended!

The Chamber's CEO, Matt Cowley, told RNZ that a return to democracy would be 'risky'. See Radio NZ coverage: Tauranga leaders concerned about plans to reinstate councillors in 2022

Of course Mr Cowley did not disclose that the Chambers largest funder is none other than the Council Commissioners he is defending! In fact when we approached Mr Cowley to ask why he wasn't backing democracy, he said elections are a just a 'small part' of local democracy. Weird. We thought being able kick out local leaders the very essence of democracy...

The thing is, we'd much rather have ratbag politicians who we can get rid of, than ratbag Commissioners and officials who report to Wellington and we cannot fire!